It has been over a week since Hurricane Harvey hit Texas and Hurricane Irma terrified the Caribbean and Florida.  There was so much devastation–people we know lost everything.  After Hurricane Andrew hit Miami in 1992, I think people started taking the storms seriously.  After Hurricane Katrina hit New Orleans in 2005 and the levies failed, flooding homes above the doorways, people took notice.  The difficulty with all these storms is you do not know exactly where it hits until it hits!  Irma was forecast to hit Miami as a Cat 5 storm, potentially 150+ mph winds.  Instead, it wrapped around the state, and the eye went over Fort Myers and Tampa–they were not even ready! Irma’s diameter covered the State of Florida so every city received rain and winds–and devastation. 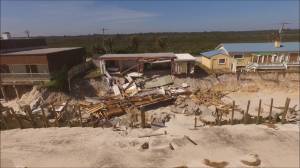 Fortunately for us, we did not have any damage to our home.  Unfortunately, most Florida residents were without power for days…up to a week.  Our power went out for 2 days but our Internet was out for almost a week.  There are stories of families rebuilding after last year’s storm, Hurricane Matthew, only to be hit again by Irma.  One friend of mine lost all their possessions during Hurricane Matthew in a rented apartment because they did not have renter’s “flood” insurance.  After Irma, they  moved.  One of my students lived in a condo in Crescent City that was hit by a tornado…fortunately they evacuated but lost everything.

One of my students lived in this condo. A tornado hit, destroying the building.

We have to remember Mother Nature’s furry is no fault of our own but we cannot control the forces.  I cried reading stories of the good Samaritans, those who saved, those who lost, those who loved.  But once the water subsides, will the hate be renewed?  During a time of controversy about confederate statues, can we put life into perspective and choose our battles?  Probably not.  But for a short time, we all came together as one community and helped weather the storm. 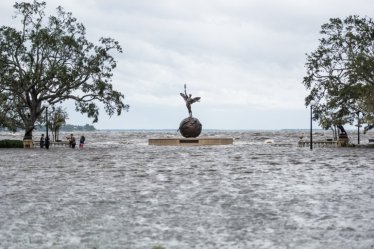 The St. Johns River had historical flooding. This is Memorial Park before and after the storm.

Looking for a bright new day.

Past Design Team Member for:

Past Design Team Member for: 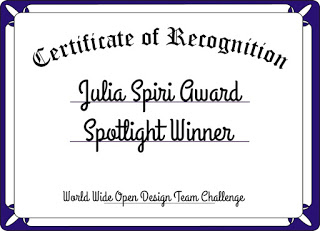